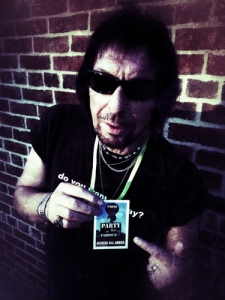 In the final episode of Nick’s monthly special guest appearances on Chris Moore’s rock show for Endeavour Radio, he celebrated The Who.

The interview aired live on Monday 21st July 2014 but if you missed it, there’s another chance to listen again below.

If you’ve enjoyed Nick’s trip down Memory Lane, don’t worry as we’ll be bringing you more radio specials in the future.

But if you’d like to listen again to any of the Tracks of Nick’s Years, pop over to the Press Office audio channel and enjoy the shows: audioboo.fm