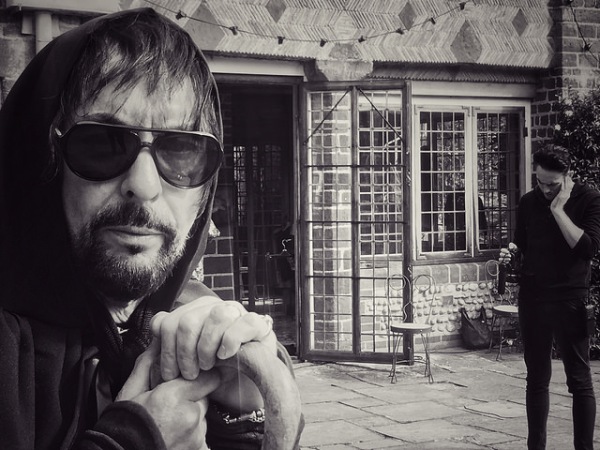 Back in August we brought you news of Nick shooting the promotional material for Puppets to the Supreme Commander, with former drummer of The Darkness, Ed Graham, and songwriter, Angus Duprey.

The band’s four track EP has just been released, including the single Pagan Christmas. for which a music video was shot in September at, Voewood House, a beautiful stately home in the Norfolk countryside. And….Nick was asked to appear in the video in two parts – a Druid (elder) and the kebab chef! END_OF_DOCUMENT_TOKEN_TO_BE_REPLACED

Nick is becoming a bit of a regular at Pinewood Studios performing cameo appearances in the videos for singer Gary Curtis.

Gary’s latest single, Alone On Christmas, has just been release and includes extended scenes to create a short film around a zombie breakout.

Nick stars alongside Gary Ashburn, Sally Geeson (Carry On/Bless This House), and Jerome Blake (Star Wars) as one of the scientists brought in to help contain the attack but doesn’t avoid being infected himself. END_OF_DOCUMENT_TOKEN_TO_BE_REPLACED

Why? Because It’s A Cameo!

Last year, Nick was invited to Pinewood Studios for a cameo appearance in the video for the fabulous new single, Why, from Gary Curtis and Anne Nolan.

The single is available for download from July 4th but the video is out now and looking, and sounding, wonderful.

Behind the scenes of The Guardian cameo

You may have seen our recent reports about Nick turning actor for the day to appear in a film, The Guardian, for a small cameo role, well we were on hand to record the moment in history so that we could bring you a short clip of him in action.

The Guardian, produced by Aturn Films, is a comedy drama that tells the story of the afterlife through the eyes of three main characters and Nick was invited to join the cast by Director Andy Turner.

The film will be released soon but to whet your appetite, here’s our video short of Nick in action:

Behind the scenes of Ghost Ships

Nick has been involved in a lot of wonderful projects throughout the year and we’ve already brought you some stories about those in the Press Office already.

One of the shoots that Nick was involved in earlier in the year was Ghost Ships, a personal project featuring Lindsay Barn as one of the models in a fabulous location that, unfortunately, we aren’t able to make public.
END_OF_DOCUMENT_TOKEN_TO_BE_REPLACED 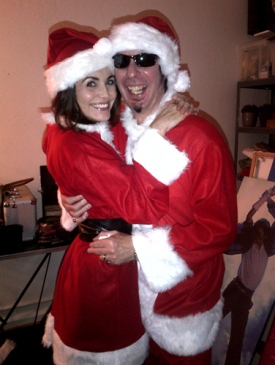 If Every Day Was Like Christmas features Nick in a cast of celebrities including: actor Paul Barber (Denzil in Only Fools and Horses); singer Anne Nolan (formerly of The Nolans); actress Sally Geeson (of the Carry On films); and Brian Murphy (George in Man About The House), amongst others.

END_OF_DOCUMENT_TOKEN_TO_BE_REPLACED

Last year we brought you news about Nick being invited to guest in a music video for musician Gary Curtis at Pinewood Studios, the legendary venue that has played host to many huge productions over the years from the Carry On series and Superman to the James Bond film series.

END_OF_DOCUMENT_TOKEN_TO_BE_REPLACED

We promised you another Behind The Scenes video short of the summer fun that Nick had on the coast with The Marmalade working on a fabulous photographic project.

So, here is the second short video of part of the shoot to The Marmalade’s Reflections.

And if you haven’t checked out Summer Time Blues yet, don’t forget to take a look.

There was nothing blue about the summer for Nick this year. He spent most of it on the coast working with The Marmalade on a fabulous photographic project.

Carrying on with our new Behind The Scenes series, we wanted to share a little of the fun they all had in this short video to The Marmalade’s version of Summer Time Blues.

We have another video short of the project to share with you shortly but, in the meantime, sit back and enjoy the sun again…

Behind The Scenes at Crazy Love

To bring you a small taster of what’s in store in the second music video Nick starred in at the legendary Pinewood Studios last month, we’ve created a short editorial film to take you behind the scenes.

Nick was asked to play his rock photographer self in a scene shooting a model, played by actress Charlie Evans, and the video will promote British Country Music Association award winner Gary Curtis’ single Crazy love.

We’ll bring you the finished video when it’s released in February 2014 but, in the meantime, here is Nick in action to whet your appetite!