This month’s featured image is of the band Inglorious.

This month’s featured image is of composer and musician Will Fergusson.

This month’s featured image is of singer-songwriter Angus Duprey.

This month’s featured image is of The Vibrators’ Pete Honkamaki.

This month’s featured image is Cody Tate of Whiskey Myers.

This month’s featured image is of Bernard Fowler and Earl Slick.

A Night In – An Exciting New Podcast Show

Join Nick for A Night In, a brand new podcast series where Nick and co-presenters, friends, and special guests chat about music, life and cake! END_OF_DOCUMENT_TOKEN_TO_BE_REPLACED

ast April we brought you news of eight year old Rico Dunworth, from near Nick’s home town of Peterborough, who was rushed to hospital with severe meningitis and given only a 50% chance of survival.

After five days in intensive care, a fight against Meningococcal Septicaemia, the amputation of Rico’s right foot and a number of toes from his left, Rico survived but was unlikely to be able to walk again for at least 2 years.

Nick was so moved by the story that he donated a framed limited edition fine art print of Roger Daltrey, retailing at over £600, to raise funds towards treatment for Rico and we’ve just heard the great news that Rico has just been fitted with his first prosthetics fitted and was walking immediately. END_OF_DOCUMENT_TOKEN_TO_BE_REPLACED

Nick is often asked about his personal experiences of working in the arts and entertainment industries and already shares many of these on social media.

Now, to give a further insight into what it’s like working as a rock photographer, he has launched his own blog: It’s Personal.

With audio and visual content of his life backstage, adventures shooting, and opinions of topical events, It’s Personal is an online diary that promises to build to be an intimate portrayal of what it’s like to be Nick. 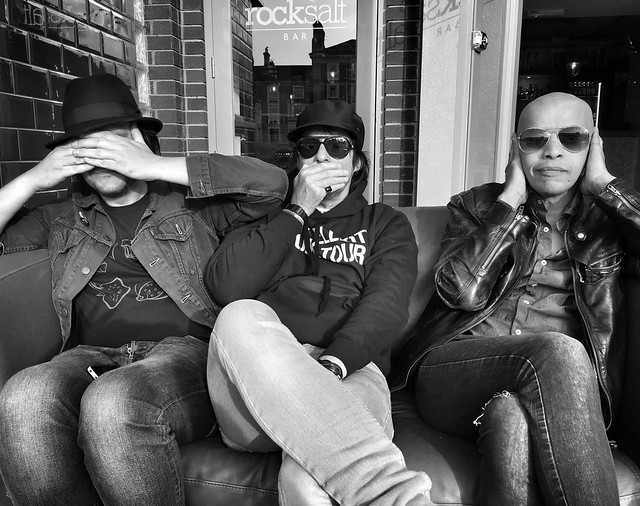 Occasionally we like to share a little bit about Nick’s latest photo shoots and a recent project with former drummer of The Darkness, Ed Graham, was particularly unusual. END_OF_DOCUMENT_TOKEN_TO_BE_REPLACED